Hi folks, a new update rolled out today. There has been made significant improvements in design and functionality of Karaoke Bird. Let’s start one by one:

New user interface. Previous design struggled with too many elements on the screen. It was very easy to get overwhelmed for a beginner. Now there are a few most necessary buttons left: play, repeat, first 3 notes, full-screen, mic sensibility and show sidebars. As well as more simple and understandable colors. The rest of functionality and many new things are few click away in right and left sidebars. Right one stands for song settings customization and left is a menu with global settings, voice range and song catalog. 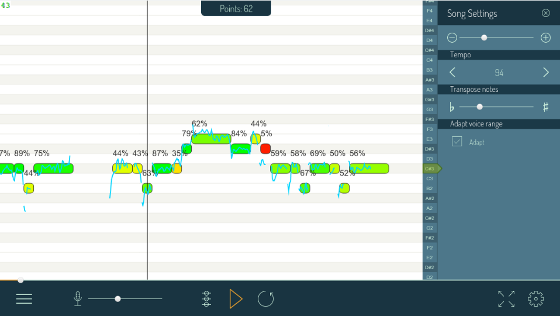 Better performance. This is not as visible, but very important improvement. Game rendering happens much faster thus available for less powerful laptops. I haven’t tried it with Android + Chrome yet, but I guess for some high end phones performance could be OK. Anyways in next few months proper Android app will be made.

Playlists. Getting more MusicXML files in the system also songs management becomes difficult. I have created some must have functionality like playlists, starred songs, recent songs. Song and playlist sharing is not priority yet, but someday will make it. Important to note that song management is more useful if you have registered user. 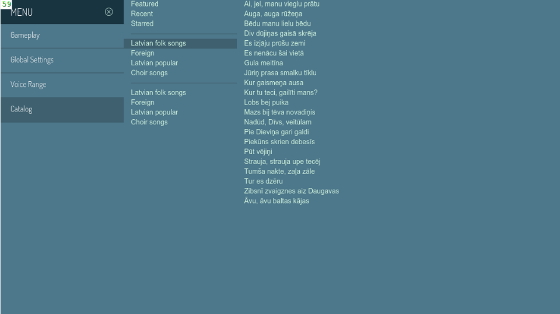 Precise audio analyzing. There is added some 160 – 180ms delay for audio analyzing to have more precise system. Delay happens with multiple processes starting with sound wave which you record at first and only then analyze and ending with human physiological things to count in.

Bugfixing. A ton of bugs have been fixed including annoying pitch recording line bug. Currently you can scroll timeline and see exactly where was your pitch comparing to note.